The 2020 year seems to have been created by a prolific sci-fi writer. We are sure that if this year was a book it would clearly be a best-seller at the level of Brave New World. In any case, if you want to abstract yourself from this surreal present day, immerse yourself in a parallel world and experience the apocalypse comfortably from your sofa. Here you have a list of the best science fiction books in history, as well as their film adaptations.

The science fiction genre is not just robots and space travel. It is a very rich category that has developed throughout history, accompanying technological, social, cultural and even political changes in the world. We could say that there are science fiction books for all tastes, with different subgenres. Undoubtedly, there are plenty of essential sci-fi classics that will surely make you have a good time. 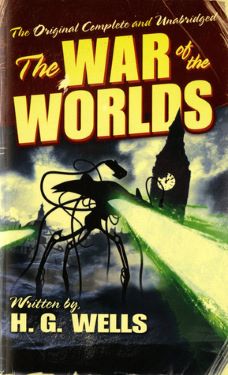 A 2005 blockbuster starring Tom Cruise and directed by Spielberg. Does it sound familiar? But what we are going to talk about is the book by H.G. Wells who gave rise to the film (the latter, we must say, is a long way from reproducing the original plot).

H.G. Wells had already released in 1895 his famous "The Time Machine" and is an author who marked a before and after in the science fiction genre. With "War of the Worlds" he inaugurates the subgenre of alien invasions that nowadays keeps inspiring dozens of writers.

> What's up: The UK is invaded for three weeks by hyper evolved Martians. Lightning strikes, spectacular galactic machines and human abductions in an almost deserted post-apocalyptic London are part of the environment from which the protagonist tries to escape. 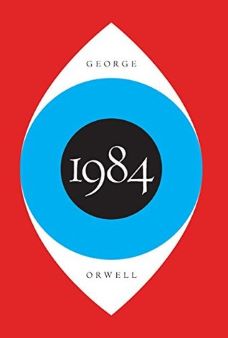 We hope not to disappoint you too much, but Big Brother is not a product of a television producer. The concept of Big Brother was born in 1949 by George Orwell, who died before he could celebrate the success of the book. A must-have classic which focuses on controversial topics such as government surveillance, endless wars, and historical denial.

> What's up: The plot takes place in Oceania, a country with a totalitarian government that watches over its citizens, even what they think. The protagonist, Winston Smith, falls in love with Julia and the two will be confronted with the barriers of the system to their relationship: torture, repression and brainwashing that put even memories in doubt. Everything is based on the resort to lies so that the repressive machine remains standing. 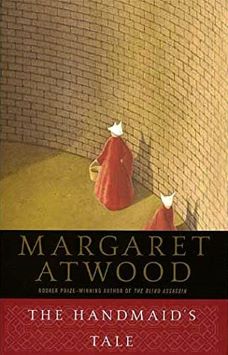 The series that was a success was written in 1985. A fictional story which is, at the same time, a story of women vindication, of denouncing patriarchy and all repressive power systems.

A dystopian, perverse and dark society where fertile women lose all their rights and are used for the sole purpose of procreation. These women are the oasis in the desert for couples who are unable to conceive as fertility rates plummeted due to contamination. A tough story that makes us reflect on the present and where a repressive society can lead us.

> What's up: Offred, tries to escape to Canada with her family but is captured and, due to her fertility, she becomes one of the "maids" of an infertile couple. A disturbing plot of abuse and the protagonist's struggle trying to escape from this new hierarchical system with similarities to a sect. 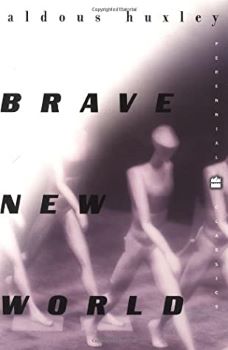 It's funny to think that Huxley wrote a letter to Orwell at the launch of "1984" to congratulate him! In fact, Huxley had been George Orwell's French teacher years before and had written his futuristic dystopia himself. It was in 1932 that Aldous Huxley presented his bleak vision of the modern world. Although more romantic than Orwell's, no less fearful. It could be said that the universes of both authors are two parallel lines but converging towards the same culmination: control, surveillance, servitude and a warn to civil liberties.

> What's up: A world where humanity lives a permanent, ironic and fake happiness. An apparently perfect society technologically developed and where all individuals are controlled by the "World State" that uses the love of servitude rather than repression or violence. Consumerism and comfort prevail in sacrifice of human values ​​converted into a caste organization. Humans even stop conceiving and are generated in vitro, which allows genetic selection.

You start to think that all those blockbusters you knew are actually books. Right. And it happens quite often. For this reason, we want you to know the origin of many ideas that today continue to impact the pop culture. Who doesn't remember that post-apocalypse survivor Will Smith cover?

> What's up: Matheson brilliantly describes the story of the sole survivor of a plague that has turned all humans into vampires.

> Film adaptations: the mythical Night of the Living Dead (1968) by George A. Romero, forerunner of a zombie films movement that marked the 70s and 80s decades; I am Legend (2007)

If you like to read but don't like carrying a lot of things in your bag, don't miss our list of the best tablets for students where you can download kindle versions. On Amazon you can find all these suggestions or create your own wishlist by selecting the filter of science fiction and/or fantasy books. If on the contrary, you're more fan of having books in hand and feeling their energy, don't worry, at BCOME we have a Book Crossing as part of the BCOME Stufend Life program where you can exchange books with your fellow residents.

The list falls short if we think about the fascinating works of science fiction that exist. From Isaac Asimov, the creator of the concept and theorization of the "Robot" to other works by George Wells such as "The Time Machine" is a literary genre of guaranteed emotion. If you liked our suggestions for some of the best science fiction books, don't forget to share them with your geek friends! 😉